If you’d like to suggest a speaker, please email us.

2012 speakers for FailCon Singapore include: 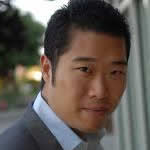 As Chief Strategist, Lyle oversees strategic direction and products at Lithium and serves on the Board of Directors.

Prior to co-founding Lithium, Lyle co-founded GX Media, where he was the CTO. He drove the development of Gamers.com, which was rated the #1 independent gaming portal by Nielsen NetRatings. Lyle was instrumental in raising a total of $15M in funding led by CMGI, negotiating multi-million dollar technology licensing deals with Dell, Sony, AltaVista, and Ziff-Davis, and spearheading the spin-off of Lithium Technologies. Lyle was also the driving force behind the creation of technologies for professional gaming, including a global rankings system, tournament engine, and a real-time match reporting and spectating system. These technologies were the key success factors behind the AMD PGL, the most successful and highly acclaimed professional gaming league to date with over 100 million media impressions, and also numerous tournaments for Sega.

Before Lithium Technologies and GX Media, Lyle launched two other startups - a specialized computer services business which has since expanded into one of the largest ISPs in China and a software consulting business, NetStreams. 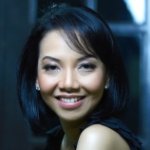 Shinta is known for being the founder of Bubu.com, Indonesia's leading digital agency. In her early days, she has pioneered a web company called Bubu.com in Indonesia in 1996. Today, the web company has evolved into Indonesia's leading Digital media Agency engaging both internet and mobile strategies. Bubu.com is also known for organizing a Nation wide web design/digital campaign awards called Bubu Awards (www.bubuawards.com), which invites well-known International judges and prominent judges from Indonesia. This year, Shinta also successfully organized Indonesia’s largest Digital event IDBYTE (www.id-byte.com), inviting world-class speakers from the industry’s giant such as Facebook, Google, Linkedin, Ebay and many more. Shinta is also the former CEO of Plasa.com of TELKOM Indonesia, Indonesia's trusted and established Ecommerce portal, which boasts the exclusive partnership with Ebay.com in Indonesia. After successfully built and launched Plasa.com, now Shinta is ready to take on another venture by joining Nusantara ventures, a venture fund for Technology, which will help nurture and incubate entrepreneurs in the ICT industry in the country.

Ben Huh has always been a start up guy. His latest company, the Cheezburger Network, has been credited with bringing Internet memes to the mainstream and popularizing Internet culture. Ben founded the Cheezburger Network in 2007 and grew it into one of the largest humor networks in the world in less than two years — while making a profit during one of the deepest recessions. Ben credits the success of his company to the users and fans who create the content and those who started the sites he acquired, such as icanhascheezburger.com and failblog.org. His goal is to make the world happy for 5-minutes a day. Ben graduated with a BSJ from Northwestern University’s Medill School of Journalism. 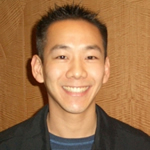 Patrick Lee is a co-founder of alivenotdead.com, an online community for artists and their fans, with over 1,800 artists and 640,000 registered users. Patrick was also the Executive Producer of "The Heavenly Kings", directed by Daniel Wu (Best New Director, 2007 Hong Kong Film Awards).

Prior to alivenotdead.com, Mr. Lee co-founded and served as CEO of Rotten Tomatoes (rottentomatoes.com), a leading entertainment website focused on movie reviews and news and one of the top 800 most trafficked sites in the world (according to Alexa).

Mr. Lee also co-founded and served as CEO for Design Reactor (designreactor.com), a leading Internet marketing firm focused on the entertainment industry. Design Reactor's portfolio of clients under Patrick's tenure included Disney, ABC, Warner Bros., and Artisan Entertainment, among others. Patrick holds a BA in Cognitive Science from the University of California at Berkeley. 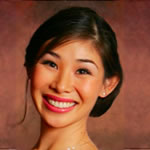 Esther has founded a number of successful startups, and first started working in Vietnam in 2004, with her first touch-down in Vietnam in 1994. Her latest venture started in 2007 where she founded POPS.vn, making it the company's mission to legitimize the music industry of Vietnam.

POPS markets its services online and offline through telecom operators, as well as through non-operator channels, such as online stores and mobile retail chains. POPS launched the first digital music kiosk throughout HCMC. She earned her bachelor's degree from the University of Southern California and her Juris Doctorate from Golden Gate University School of Law. Esther is a member of the California State Bar.

Mr. Seah spent two years in the corporate world and was fired twice in that time. While many would have been disheartened by this, Seah set up Digital Scanning Corporation, which deals in data collection and identification in the area of bar code, radio frequency and card ID technologies.

In addition to his commercial and business success, Mr. Seah has also been invited to participate in several industry forums and business committees organised by the Singapore Government. 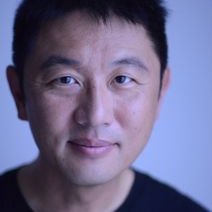 Steven is the CEO and co-Founder of mig33, a leading Social Entertainment Services company for emerging markets. He has extensive experience in developing and commercialising compelling internet services for consumers & fundraising.

Over the past 18 years, Steven has also founded Sanford Securities (Australia's first online stockbroking company and a leader in its time), established Bell Direct (one of Australia's largest online wealth management companies), advised a number of Startups, been involved with a number of Incubators, and many other organisations. 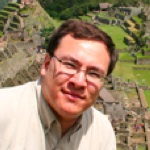 Dan Huddle is the CTO of Xanga.com, a company he co-founded in 1999 with the goal of connecting people using community and content. Dan's efforts at Xanga helped it become a leader in the emerging category of blogs which propelled the site to 40 million accounts.

Dan is also an advisor for MocoSpace, the largest mobile gaming community in North America, with twenty-two million registered users. Every day, one million games are played and gamers spend over one million hours on the MocoSpace Game Platform.

Prior to Xanga, Dan worked at The Motley Fool (www.fool.com), a leading personal finance site, where he built out the community features of the website that allowed it to migrate from the closed AOL platform to the web. Dan attended the University of Illinois at Urbana-Champaign where he studied Computer Science. 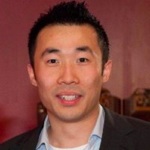 Dr. Chun Dong Chau, Head of Investment Research at Crystal Horse Investments. Chun is an investments analyst with broad experience in all aspects of management in early stage companies. From accounting, financial management, to implementation of business strategies. Chun is experienced with web and mobile technology, financial consulting and venture capital.

Dr. Chau obtained his PhD in Mathematics. He worked for several startups during the internet boom from 1997 and has been involved with investing activities from a very early age. He is the mathematical modeler in Crystal Horse as well as the software and hardware expert. 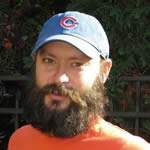 Paul is a founding partner at Golden Gate Ventures (GGV), an early stage incubator and seed fund for startups in Singapore that invests across Southeast Asia. He is GGV's anchor point in Silicon Valley, building bridges to the region through his role as managing partner of i/o ventures, an early stage startup accelerator based in San Francisco. They focus heavily on a mentorship driven model.

Previously he founded and served as the CEO of 3 companies including: Lefora, a product bringing forums into the 21st century, proudly hosting over 100,000+ unique communities. Meetro, the first location based social network. Paragon Five, a game development studio specializing in console and mobile content with offices in the US and Europe.

He gets really excited about projects that involve travel, entertainment, and technologies that encourage communication and networking. 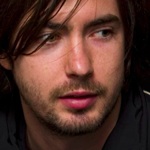 Russ is the co-founder of Learnirvana, a service that is reimagining the experience of learning. Breaking from traditional models of education, Lernirvana builds streamlined products for students to explore the subjects of their curiosity.

Previously, Russ co-founded Yelp Inc. in July 2004 with former colleague and friend Jeremy Stoppelman. Prior to Yelp, Russ was one of the early employees and the lead software architect at PayPal. He helped design and develop PayPal system from scratch. Russ led a team of top engineers on critical projects related to security, scalability, stability, and internationalization as the company scaled rapidly. Following his time at PayPal, Russ joined Max Levchin’s (co-founder of PayPal) incubator, where he teamed up with Jeremy.

Russ holds a B.S. in computer science from the University of Illinois. 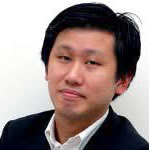 Bernard is currently employed as a technology manager in Vistaprint. Prior to his current role, Dr Leong is the co-founder of Chalkboard which he has recently shut down. In Chalkboard, he served as the chief technology officer where he has built products, manage strategic relationships and did every other thing 24/7. Formerly a partner at Thymos Capital where he does his early stage investments, his portfolio and specialization includes online social networks, mobile-web applications and games that leads to iHipo being acquired and also Lunch Actually (Eteract) raising next round of financing. Bernard also serves as an Entrepreneur-in-Residence in INSEAD Business School and mentors start-ups in JFDI.Asia. He has also co-founded two media sites in Asia: SGE, an online news site dedicated to all things entrepreneurial in Southeast Asia and This Week in Asia, a weekly podcast dedicated to all technology news about Asia. 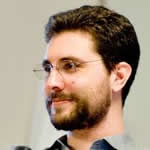 Carl is the Managing Director for Singapore office of {New Context}, a new lean software development consultancy. The Singapore team was part of Pivotal Labs until early this year and is continuing the Pivotal engineering tradition.

Prior to Pivotal/New Context, he founded an iOS development company and was a partner in an analog to audio conversion company. 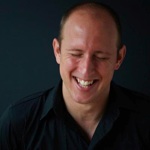 After a degree in Computer Science from the University of Southampton, Andy went to work for Accenture, working in a variety of project management roles for their biggest outsourcing clients in the UK. However, his first love remained making things look good and work properly.

He reignited his interest in web design in 2005, undertaking projects in his spare time, working from the many hotel rooms that Accenture left him in. In April 2006 he left Accenture to pursue web design full time in a freelance capacity. 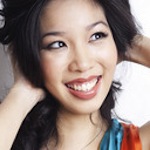 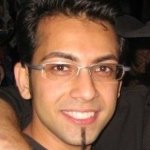 Co-Founder and Director of e27

The face of e27, Mohan Belani is the Co-Founder and Director of e27 at Optimatic Pte. Ltd., where he also runs Asia's leading web technology event, Echelon. Apart from events, he runs all business development and strategic partnership related activities. Mohan Belani is the also the co-founder of Gokil Games, a startup focused on the social gaming industry. Mohan Belani is an avid fan of Skyrim and loves mountain climbing. He loves meeting new people, anytime anywhere. 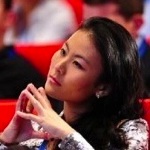 Co-Founder and Editor-in-Chief of SGEntrepreneurs

Apart from SGE, Gwen is also a Partner at Thymos Capital, where she focuses on early stage investments in technology firms. She has had two exits out of her investments via the firm, one of which is iHipo. A frequent judge for business competitions both locally and overseas, she graduated from the National University of Singapore. Gwen also spent some time in Silicon Valley and studied in Stanford University under the NUS Overseas College programme. Gwen is a mentor at Spanish incubator Tetuan Valley, Polish incubator Gamma Rebels, the Singapore Ambassador for the Sandbox network and the Singapore curator for StartupDigest. She enjoys languages, travelling, dance and adventure sports. 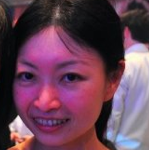 Chiah Li is most excited about connecting founders with investors and helping them to work towards closing the investment, a role she plays at JFDI.Asia, Singapore's first seed accelerator. She first started out in the venture capital business in 2008 with Expara IDM Ventures, an i.JAM incubator investing in Interactive Digital Media startups, and with Extream Ventures, an early-stage fund that focuses on Asia-driven technologies 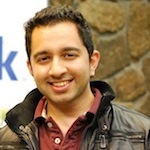 Vinod Nair is the co-founder and CEO of Catapult Ventures and runs a suite of personal finance comparison sites collectively known as MoneySmart. His core product, SmartLoans, makes it easy for consumers to transparently compare their options and get connected with the best banks. He started SmartLoans with less than $5k of capital and it was just him, so he knows a thing or two about bootstrapping it!